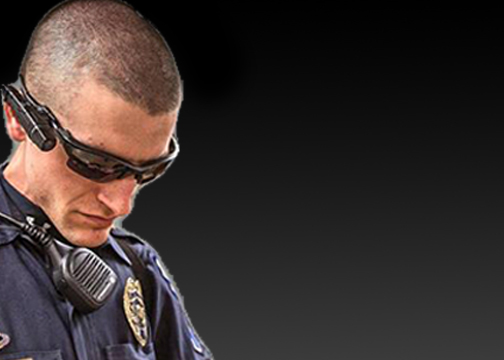 “S.F. officers scandal shows need for wearable video cameras,” proclaimed a March 1 Chronicle editorial on the recent indictments of SFPD officers for drug dealing, theft and corruption. After all, the indictments were based in significant part on hotel surveillance video, and bystander videos have played a huge role in bringing police violence to public attention. Wouldn’t police misconduct be deterred if all cops had to wear body cameras?

Across the country, body cameras are being purchased by police departments in the name of transparency. According to a widely publicized study, Rialto, California, boasted an 88% drop in complaints in the first year after the cameras were introduced there, along with a 60% drop in police use of force. Rialto is a small city with only 66 cops, and its Police Chief, Tony Farrar, collaborated with Taser International, Inc., in the study. The Taser corporation has gained record profits by marketing body cameras to hundreds of cities, along with a cloud-based backup and search service called Evidence.com, which was used to collect the data for the Rialto study that led to many of these sales.

Even the study’s authors acknowledged that their methodology was flawed, because no evidence was collected from the members of the public who were also being videotaped by the wearable cameras to see how that influenced their behavior in relation to the police and their willingness to make complaints. Taser’s involvement should be a red flag to anyone who thinks these cameras are an easy tech fix for police accountability, as should the public’s inability to access the body cam video recordings.

The Oakland Police purchased PDRDs (Personal Digital Recording Devices) following the videotaped murder of Oscar Grant on January 1, 2009. Although Grant was murdered by a BART officer, there was fallout in the streets of Oakland against OPD, which has been unable to bring its police force under control despite its 2003 agreement to a federal court monitored consent decree. Oakland was one of the first agencies to implement PDRDs, so our experiences here should be instructive for those calling for PDRDs in other large urban areas where there is an entrenched police culture of racism and impunity.

PDRD video is treated as evidence first and foremost. This means that regardless of whether the video has captured illegal activity, or is being used in an investigation, it is not accessible to the general public – at least not without an attorney and a federal lawsuit, and even then, it may be difficult and take months or years to obtain the complete videos.

And like dashcam video, these chest mounted cameras have already shown themselves highly likely to malfunction during crucial incidents – or fall off, or be left behind or not turned on, despite policies which require officers to wear them and activate them during stops and other encounters.

For example, on October 25, 2011, when Scott Olsen was being shot in the head during OPD’s attack on Occupy Oakland, only one out of the eleven officers who were assigned PDRDs and who were wielding less lethal weapons wore and turned on his PDRD during the critical time. Other police surveillance video from that notorious day was withheld literally for years, even from the City’s own attorneys in ongoing federal civil rights litigation (and some of it seems to have disappeared permanently.) In another high profile Occupy related OPD fiasco, on January 28, 2012, multiple officers were documented by independent journalists with their PDRDs off at various times, despite orders mandating that the devices be activated during direct contact with the crowd.

In his most recent, January 2014, quarterly report, the court appointed Independent Monitor of the OPD found that “The matter of the proper use of the Department’s PDRDs remains a concern. In too many instances, there are questions about the measure to which personnel throughout the Department understand the use, review, and utility of these devices.” While there had been some improvement in the past six months over previous years, “recent assessments of force cases revealed several serious incidents in which officers – who were in a position to obtain evidence of the facts and circumstances surrounding the use of force – did not have or activate their PDRDs.”

Moreover, even when they are used, the chest cam doesn’t show close proximity physical encounters between an officer and victim, allowing the officer to supply his own narration, such as yelling “Stop resisting” while pummeling a person, or turning the camera on and stating that she smells marijuana or that he has just seen the person drop something that might be drugs, to justify a search, arrest or brutality. And officers are able to turn the cameras on and off at will, thus editing on the fly. Since, absent lawyers and major effort and expenditure, the videos, if they are preserved, are only accessible to the police and not the public, they effectively turn primarily into tools for the police to collect evidence against the public and combat the public’s videotaping of the police, by creating their videos from the law enforcement point of view videos. After all, as Taser claims in its marketing materials for the wearable cameras and content management software, “Testimony is interesting. Video is compelling.”

As with Tasers, which were marketed as a high tech method of reducing Officer Involved Shooting deaths, PDRDs are a mixed bag and not an easy solution to what are actually much broader issues of racism and state repression. If the cameras are to create greater police accountability, it is essential that the videos be made immediately accessible to the public – and that the public (including Copwatchers and NLG Legal Observers) continue our own independent documentation of law enforcement actions.

Journalists Ali Winston and Jacob Crawford reported on Oakland Police not using their cameras back in 2012
A New Way To Punish Oakland Cops?

Oakland Police have been forced to wear cameras since 2011. A new report (2012) shows the department is still plagued with the same problems that landed it in a decent decree back in January of 2003, and their cameras still aren’t being used according to their own policy. .
You can read the Warsaw report here. .

You can read the “Rialto/Taser”Study here. . .