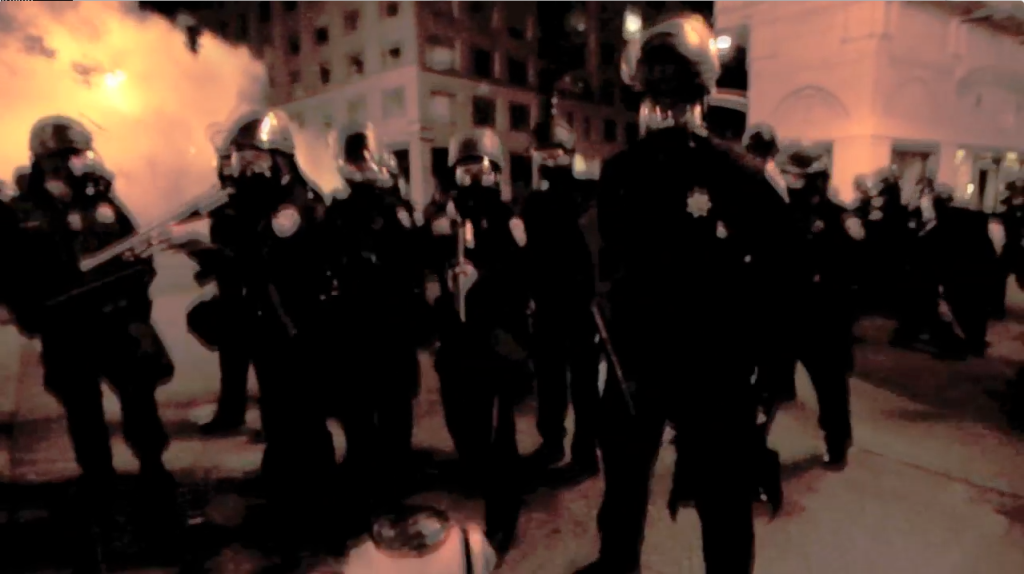 The Oakland City Council has agreed to settle Kayvan Sabeghi’s federal civil rights lawsuit for $645,000. Sabeghi’s spleen was lacerated during an Occupy Oakland demonstration on November 2, 2011, when he was beaten by Oakland Police Officer Frank Uu Uu, now retired, was part of a tight-knit group of SWAT / “Tango team” officers who were at the heart of OPD’s violent misconduct toward Occupy Oakland demonstrators. Uu’s immediate supervisor at the time of this incident was Sgt. Patrick Gonzales, who has been involved in multiple shooting deaths.

The Sabeghi settlement comes just months after the more than $2 million total settlement in two other cases against the OPD for its violent repression of Occupy Oakland and mass arrest of Justice for Oscar Grant demonstrators. As part of those settlements, the City of Oakland and OPD agreed to abide by and to allow the court to enforce a crowd control policy setting strict guidelines o and use of force at demonstrations and other crowd situations. However, OPD has refused to forgo use of so-called “less lethal” weapons such as explosive chemical agent grenades and lead shot filled impact munitions in crowd situations, despite serious injuries such as that of twenty four year old Iraq war veteran Scott Olsen, who was shot in the head at close range with a “bean bag” round on October 25, 2011. Olsen’s case is still unresolved.