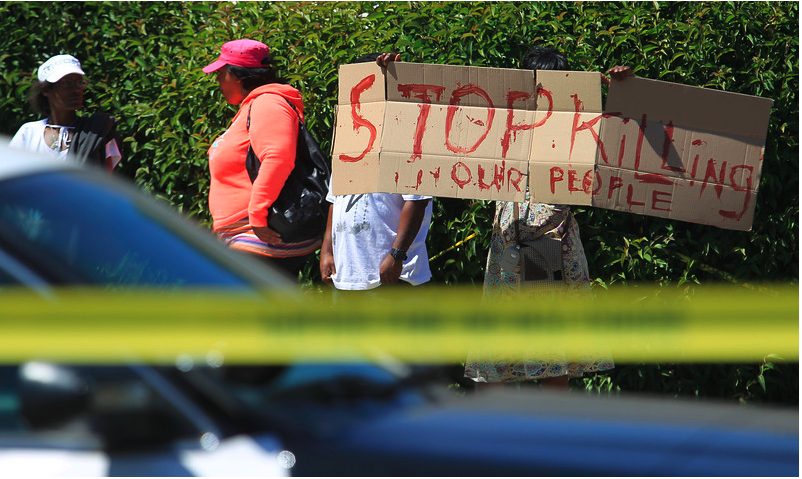 On Wednesday, May 29th, 2013 at around 1:40 p.m. Oakland Police began a vehicle pursuit in East Oakland of a car containing three occupants. The chase initially began with one patrol vehicle, but over the span of the next ten minutes many more units would be deployed to create a perimeter and box the car in. At one point an Officer requested but was denied permission to use a PIT, which is a maneuver in which the police car hits the rear end of the car being chased. The impact is intended to make the driver to loose control of the vehicle.

After a while, the three occupants bailed from the car. Two were detained while another person ran eastbound on Bancroft and was shot within seconds by either a chasing officer, or one that was coming to cut him off.

Police say a loaded gun was recovered, but it is not clear how the man shot posed a threat to officers.

From police and witness’s accounts, the man was fleeing the police.

Witnesses on the scene claim the man didn’t pose a threat. One even held a sign that read. Stop killing our People. . . . The man died from his wounds.

If you like what you’ve seen or read, feel free to